The Olympics in Rio has highlighted many aspects of how the laws of sport can be broken, and what the consequences are. Or aren’t.

Every sport, from table tennis to chess, has its laws and regulations. Most of them are common sense and practical. And some of them, such as those against team members placing bets, can be extremely harsh when brought to trial and a conviction is handed down (think of Pete Rose). But some of them . . .

The former European Chess Union General Secretary, Sava Stoisavljevic, has ruled that female players must remain modestly dressed during a match. She explained:  “If her opponent complains to the judge that she is distracting him by ‘showing cleavage’ or any other fashionable distraction, the game can be forfeited.”

This may seem like a trifling legal matter, but in major chess tournaments there are hundreds of thousands of dollars riding on each player, and a forfeit can bankrupt a player for years to come.

So if you’re a woman chess player and you want to dress for success — you’d better wear a burqa. 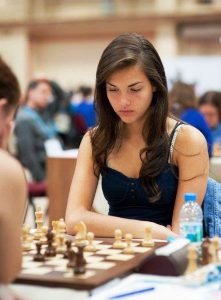