His exact words, to quote:

“Hillary wants to abolish — essentially abolish the Second Amendment. By the way, if she gets to pick, if she gets to pick her judges, nothing you can do, folks. Although the Second Amendment people, maybe there is, I don’t know.”
While shocking, were there words an illegal threat? Has Trump broken the law?
Constitutional experts say no. In several cases, the Supreme Court has upheld the right to speak in such a manner as to encourage physical violence. It’s all part of the continuing Freedom of Speech debate that our country has engaged in since the Revolutionary War.
The First Amendment can be used by any citizen in a political speech to raise tempers and advocate violence. That is our heritage . . . and, perhaps, our curse. 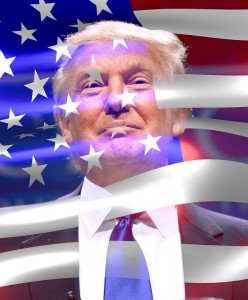 NumbersUSA Offers a Direct Approach to the Immigration Debate

Does the Lawyer/Client Confidentiality Trust Include Politics?

5 Ways By Chris D. Bentley On How To Use Social Media For Real Estate

How One Word Is Changing The World At Exponential Rates: Clarity

Why Digital Commerce Is A Game Changer In Your Fashion Business