Everyone knows there’s a TV show called ‘Law & Order’. It’s been on for, like, a hundred years.

But the phrase ‘Law and Order’ is also a very powerful political weapon that has been used to bring down regimes and boost politicians for over two thousand years.

It first started with the ancient Greeks in Athens. Pericles, a noted statesman, was kicked out of Athens for signing a peace treaty with Sparta that the Athenians didn’t like. A year later, when the Athenians were tired of the chaotic state of affairs without his steady hand at the wheel, he wooed them back with the simple phrase “I will restore law and order”. He was back in the driver’s seat again.

In modern times it was Barry Goldwater, in 1964, who first recoined the phrase during his presidential run. It was later taken up by Richard Nixon and Ronald Reagan.

And today it’s becoming a keystone in speeches by candidate Donald Trump.

Does the phrase still have any magic in it? Only time will tell . . . 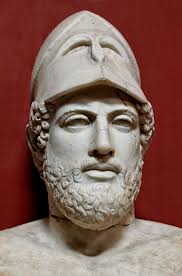 8 Current Class Action Lawsuits Everyone Should Know About

This Day in Law History